The minivans are currently manufactured at Saint Louis Assembly South in Fenton, Missouri, as well as Windsor Assembly in Windsor, Ontario, Canada. Historically, production of the long-wheelbase versions took place at Windsor, but both plants are currently capable of building either wheelbase. 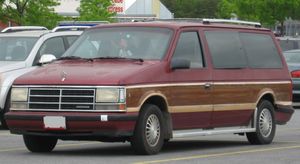 The S platform descended from the Chrysler K platform and underpinned the Dodge Caravan and Chrysler Town and Country minivans, as well as the now defunct Plymouth Voyager minivan. Chrysler manufactured the Generation I minivans, internally codenamed T-115 during development from 1984 until 1990. Origins of the T-115 platform date back to the late 1970s. 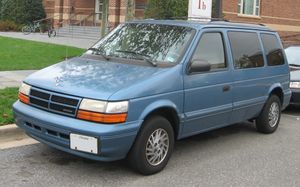 Generation II was introduced in 1991 and called AS. This was the last K-based version of the S platform, as the NS platform switched to a new cab forward design.

The CS is a variant of the RS platform made specifically for the Chrysler Pacifica crossover SUV. 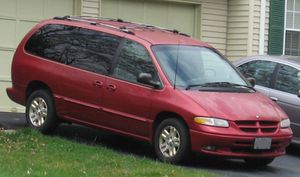 Generation III of the platform was introduced in 1995 and called NS. 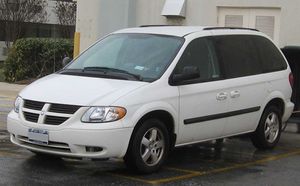 Generation IV of the platform was introduced in 2000 and is called RS.

The Chrysler RG platform is the european counterpart to the north american Chrysler RS platform. 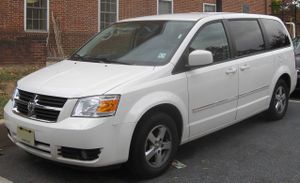 Generation V Chrysler minivan was introduced at the 2007 Detroit Auto Show as a 2008 model, based on the new RT platform. It offers a new 4.0 L V6 as its top engine, mated to a six-speed automatic, and also has an optional built-in diaper changing station. The short-wheelbase model was dropped, and, as a result, there is no longer a Dodge Caravan, only the Grand Caravan. 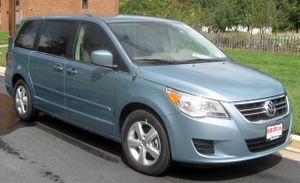 A new Volkswagen minivan, named Routan, was introduced at the 2008 Chicago Auto Show and is manufactured by Chrysler alongside its own minivans in Windsor, Ontario. The Routan, marketed by Volkswagen exclusively in the North American market, is based on the RT platform and drivetrain — with revised interior and exterior styling as well as feature content from the Chrysler vans.