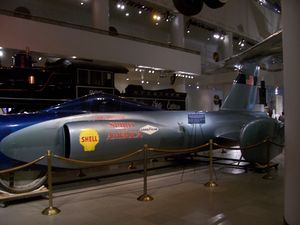 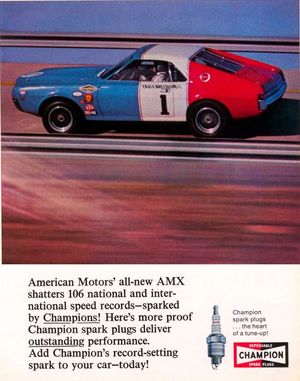 During 1968, Lynn Garrison, President of Craig Breedlove & Associates started to package a deal that saw Utah’s Governor, Calvin Rampton provide a hangar facility for the construction of a supersonic car. Bill Lear, of Learjet fame, was to provide support, along with his friend Art Linkletter. Playboy magazine hoped to have the car painted black, with a white bunny on the rudder. TRW was supplying a lunar lander rocket motor. A change in public interest saw the concept shelved for a period of time.

They also negotiated for the use of the late Donald Campbell's wheel driven Land Speed Record Bluebird. http://vault.sportsillustrated.cnn.com/vault/article/magazine/MAG1083549/3/index.htm

In late 2006 it was announced[1] that Breedlove sold the car to Steve Fossett who was to make an attempt on the land speed record in 2007, marking the end of an era of land speed record breaking. Tragically, Fossett died in a plane crash in 2007.

Speed records in an AMX

He was inducted in the Motorsports Hall of Fame of America in 1993.

In 2000, he was inducted into the International Motorsports Hall of Fame and still has no signs of giving in.