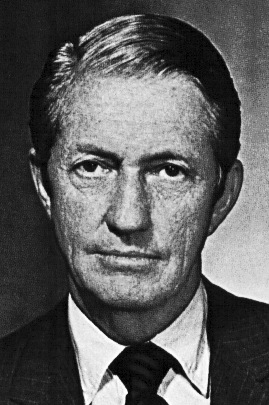 Chapin received his degree in Business Administration from Yale University in 1937 and began his automotive career as an experimental engineer for Hudson in 1938.

He joined American Motors in 1954 when the corporation was formed with the merger of Nash and Hudson. Later, he served as an assistant treasurer and a director at AMC.

Chapin was appointed to fill the CEO position at AMC following the departure of Roy Abernethy in 1967. He reflected that the most difficult period was "... when our president, Bill Luneburg, and I took over. We were out of money and we had to do something to overcome the immediate problems. We had no time to think about long-range problems. Obviously, we managed to solve immediate considerations..."[1] At the time he took control of the company, AMC's share of U.S. auto sales slipped, from 6.4% in 1960 to a mere 3.2 percent.[2] On top of the loss of US$12.6 million in fiscal 1966, Chapin and new President William V. Luneburg had more bad news for the annual meeting of shareholders by reporting a 10% sales drop from a year earlier (to $257 million) and the company lost another $8,459,917 in the first quarter of its 1967 fiscal year.[2] The company skipped paying a dividend for the sixth straight quarter and to control the inventory of unsold cars AMC closed its factories for ten working days, the second such shutdown in two months.[2]

In just a few weeks in his new post at AMC, Chapin decided to focus on the smallest and at that time the least popular AMC model — the compact Rambler American. His objective was to double Rambler sales to 140,000 cars in 1967 and recapture at least 10% of the compact market that AMC once dominated. He saw a gap between U.S. cars and the inexpensive imports (primarily the Volkswagen) and positioned the Rambler right into the center of this gap with a new, low price tag to make its total value superior to the imports, as well as superior in both price and range of choice" to U.S. compacts.[3] Chapin cut the suggested retail price of the basic two-door Rambler American sedan to $1,839 (well under its closest U.S. competitor, the $2,117 Plymouth Valiant), thus making the considerably larger and more powerful American only $200 more than the rudimentary Volkswagen.[3] By forgoing the annual styling changeovers that were expected among the domestic firms, AMC could saving retooling costs and keep the car's price so low. Helping AMC was the strategic decisions by the competing automakers not to match the price drop.

In addition to slashing prices, Chapin was optimistic because the company had cut costs by $27 million a year, hired new executives, and had significant products in the pipeline — including new youth-oriented models, as well as starting to sponsor Ramblers in racing to help build and bolster a sporty image.[2] Chapin continued making changes for the 1968 model year took the bold step to make air-conditioning standard on the AMC Ambassador at a time when comfort feature was not even standard on Cadillac and Lincoln brand luxury automobiles.

While at the head of AMC, Chapin spearheaded the acquisition of Kaiser Jeep from Kaiser Industries in 1970. According to him: "Perhaps the easiest decision I ever made was the purchase of Jeep from Kaiser in 1970. I tried to buy it when George Romney (later Michigan governor) and Roy Abernethy were running AMC. Romney and Edgar Kaiser couldn't get along. I was running the international operations under Abernethy and I was following Jeep around. When they put up a plant, I followed with a Rambler plant because it worked like a charm. Where Jeep was, there were roads and gasoline. Abernethy didn't go for the idea and the first thing I did when I became chairman and got a little money was to buy Jeep. We got it for a song, about $75 million..."[1] American Motors' engineers and designers quickly overhauled Jeep and expanded its lineup, creating a valuable asset that attracted Renault, Chrysler, and ultimately DaimlerBenz AG.[4]

He gave up the CEO title in late 1977, but stayed as chairman until he retired in October 1978 to his ranch in California. He remained on AMC's board of directors until 1987, when Chrysler acquired the company.

Chapin was inducted into the Automotive Hall of Fame in 1984. He served on the board of directors of other companies, including Whirlpool Corporation.

In summarizing his life, he was considered a true “gentleman” who grew up in the auto industry and was knowledgeable, warm, and accessible; in short, a patrician with a common touch.[4]

He was also known for his persuasion powers with AMC's investment banks and his Wall Street contacts; winning concessions on many occasions that helped the company remain afloat.[4]

Roy Chapin died of heart failure on Nantucket Island, off the coast of Massachusetts, at the age of 85.