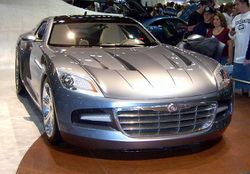 The Chrysler Firepower was a Dodge Viper based concept car. It also takes some of the styling cues from the Chrysler Crossfire that DaimlerChrysler produced under the Chrysler brand. The Firepower's engine was a 6.1 L Hemi V8. According to Chrysler, this engine produced 425 hp (317 kW) and could propel the vehicle to a 0-60 time of 4.5 seconds. It was once featured on the cover of Car and Driver, but on that cover its name ended with an exclamation point. Designers responsible for the design were Brian Nielander (exterior), who also worked on the ME-412 concept; and Greg Howell (interior).

The Firepower is featured in Xbox 360 games as a download for Project Gotham Racing 3 and is also available in Test Drive Unlimited.

The Firepower Concept was originally built to prove that Chrysler could indeed build a sports car using existing hardware. Signs earlier in the year pointed to the Firepower going into production using the same hardware as the concept [1] [2], however Chrysler has now officially announced that the Firepower will not be produced, as Chrysler could not find a viable way to produce the car [3]. 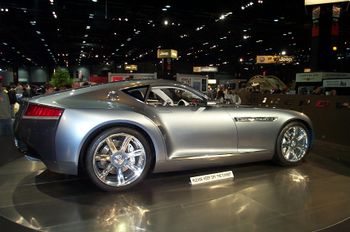 The Chrysler Firepower at the 2005 Chicago Auto Show. 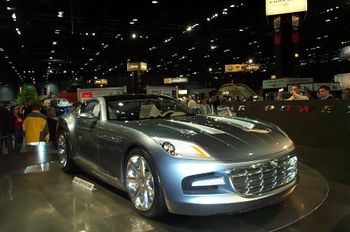 Front view of the Chrysler Firepower